When are you considered to be a tax resident in Spain?

The “183 days in Spanish territory” and the “center of economic interests” rules.

Spain, like most of its neighbouring countries, taxes individuals according to their residence. One of the most frequent conflicts generated by this model is the double residence conflict, i.e. when two different countries consider the same person to be resident in their territory and subject to taxation on worldwide income in both countries.

This conflict is usually resolved by means of tie-breaker rules in bilateral double taxation treaties. The existence of these tie-breaker rules may perhaps be the reason why the Spanish legislator has not detailed more precisely the domestic rules for determining tax residence, having left their scope determined in a certainly broad manner, more than desirable, at least, to provide legal certainty to those who do not have the coverage of the treaty with another State.

The model of taxation of individuals that has generally prevailed in the world is based on the residence of the individual. Under this model, each country taxes its residents on all income earned irrespective of the country where it is earned and non-residents exclusively on income earned in its territory.

Spain, like most of its neighboring countries, follows the majority model and taxes according to the residence of individuals.  One of the problems generated by this model arises when two different countries consider the same individual to be resident in their territory and is therefore subject to taxation on worldwide income in both countries.

Since these types of conflicts, which are called double residence conflicts, can easily generate double taxation situations, they have been consistently dealt with in international treaties concluded to avoid double taxation. The method of eliminating it has not been the classic one, in which the state of residence grants a credit for the tax of the state of the source, or leaves the income exempt, as both states would claim residence for themselves, but rather, logically, to establish tie-breaker rules, depending on the personal and economic circumstances of the individual, which allow determining in which country he is resident for the purposes of the application of the treaty.

Since Spain does not have double taxation treaties with all the countries in the world (but with approximately half of them), double residence conflicts may arise with countries with which Spain does not have a treaty. In the absence of a bilateral tie-breaker rule, it is particularly important to know the current interpretation and scope of the rules determining tax residence in Spain in order to avoid a situation of double residence.

An individual is considered to be a tax resident in Spain if:

For the purposes of calculating the number of days spent in Spanish territory, the rule establishes that sporadic absences must be taken into account, unless the individual proves their tax residence in another country.

Therefore, if an individual has stayed in Spain for example 150 days because he/she has travelled to different countries, as is usual for holidays or work, but is not able to prove his/her tax residence in any other country, all the days of the year should be counted as days of physical stay in Spain for the purpose of determining tax residence.

This rule, which clearly seeks to avoid situations of “tax statelessness”, has been the subject of controversy in relation to the standard of proof required to establish tax residence in another country and the definition of “sporadic”.

An essential but little-discussed concept in this area is the concept of days spent in Spanish territory and how they are calculated, i.e. how the 183 days are counted. Should there be a continuous stay of 24 hours for a given day to be counted as a stay in Spanish territory or is it sufficient to be present for a certain number of hours during the day? Should the number of hours not be taken into account, but rather where the individual sleeps?

For the moment, and despite the relevance of this issue, there is no answer to any of these questions.

The only analogous concept that has some interpretation is that of days of presence in the commentaries to Article 15 of the OECD Model Convention, which establishes which state is entitled to tax in respect of employment income. In these comments it is defined as a day of presence:

“A day during any part of which, however brief, the taxpayer is present in a State counts as a day of presence in that State for purposes of computing the 183 day period”

In this respect, some conventions, for example France, provide for an exception to the above rule for those who work in the source state but return to the state of residence on a daily basis.  In these cases, taxation is exclusively at residence.

Without going into the legal nature of these comments, it seems clear that we cannot use the rules provided for in Article 15 of the OECD Model Convention as an interpretative element for the purpose of determining the meaning of “permanence days” within the scope of Art. 9 LIRPF since the purpose they serve is different (distribution of powers in respect of earned income vs. subjection to worldwide income).

Moreover, the use of the precept “permanence” instead of “presence” may indicate that it is not sufficient to be “passing through” Spanish territory for the purposes of the day to be counted for worldwide income taxation. Thus, it might make some sense to suggest that it must in any case be a qualified presence.

Since we are talking about the residence of a natural person for the purposes of determining whether Spain is entitled to tax all his or her income, it might be consistent to argue that it must be qualified presence by the existence of a habitual residence, where the individual is regularly present and carries out his or her life on a routine basis.

On the other hand, regarding the concept of “Center of Economic Interests”, one of the main doubts has always been how the comparison between Spain and other countries should be made. The position of the Economic Administrative Court has been that the comparison should be country by country. That is, not Spain versus the sum of the rest of the world.

In this matter, the Directorate General for Taxation seems to have suggested in a binding consultation that not only income but also the location of assets or expenses can be taken into account for the purpose of determining the center of economic interests.

On the other hand, Article 28 of the Law on the Financing of the Autonomous Communities does define a concept similar to that of center of economic interests for the purposes of determining in which Autonomous Community, within Spain, an individual is resident.

In this sense, it is established that the main center of interests will be that territory where the individual obtains most of the income derived from work, real estate capital and capital gains derived from real estate, as well as from economic activities.

Although it is true that this rule acts as a rule of conflict or tie-breaker between the different regions in Spain, its purpose being more similar to that of the tie-breaker clauses in double taxation treaties, it can serve as an inspiration when interpreting the meaning of the center of economic interests in the field of tax residence, at least with regard to where the main nucleus or base of economic activities is located.

Given that our system of taxation of individuals is based on their residence, it would seem logical in order to facilitate compliance with tax obligations that its determination should be clearly defined. 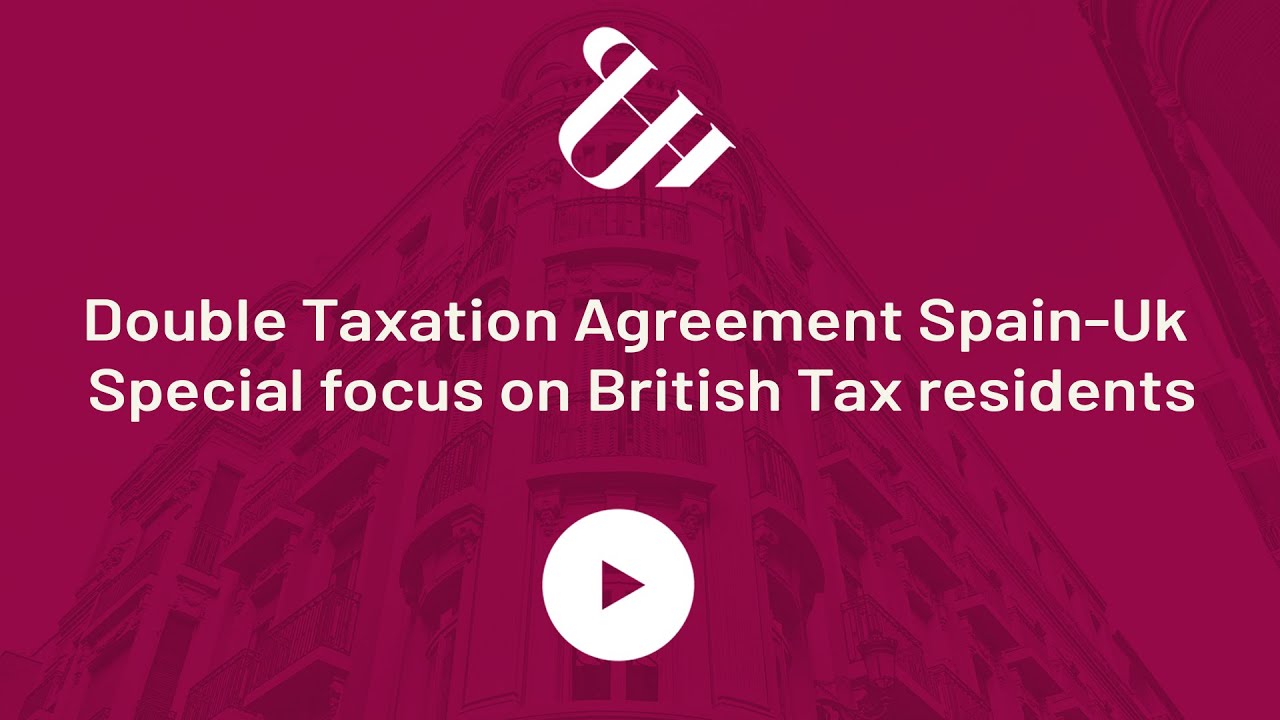 The Spanish WEALTH TAX🇪🇸 : who needs to PAY for it