Alcohol is one of the most frequent risk factors involved in traffic accidents. Many efforts have been made to end accidents of this nature, and the legal consequences which you will face when drink driving are more severe than ever. In this article, Pellicer & Heredia will give you a brief summary of what legal proceedings you can be confronted with when being caught over the limit, according to the current law.

We all know that drink driving is extremely dangerous for everyone involved. Therefore, there is a trend at international level to tighten the legal consequences for this behaviour. In Spain, the legal proceedings of alcohol are dealt with in two ways: through criminal action or through administrative procedures. This way, drink driving may be a mere offence, or on the contrary, involve criminal consequences.

The Penal Code says that who drives a motor vehicle or a moped under the influence of alcoholic beverages will be punished with imprisonment or a fine, and where appropriate, a period of community service. Additionally, you can have your driving licence taken away for a term. As a matter of fact, anyone driving with evident rashness, putting their own life in danger and that of others, will be punished with imprisonment, in addition to having their licence taken away.

This is important, because driving under the influence of alcohol, with high blood alcohol levels, and speeding in respect of the established limits with the new law, is considered a case of evident rashness, putting in danger the lives or the physical integrity of people, therefore these penalties will apply in those circumstances.

The examination of being under the influence or under the effects of alcohol is relatively independent of the BAC and the judge’s decision, to be made primarily from the information on the symptoms which were shown on the act.

You may not show signs that you are under the influence of alcohol, but you can still test positive for BAC. Every driver or road user is subject to taking these tests when involved in a traffic accident or having committed an offence.

The current legislation doesn’t allow driving on public roads with rates above 0,5 g/l of blood alcohol (0,3 g/l for professional and novice drivers). Both, driving with rates exceeding the established, such as the refusal to take part in the tests, will consider a very serious infraction. As a consequence, a fine will be applied, and the driving licence will be withdrawn. 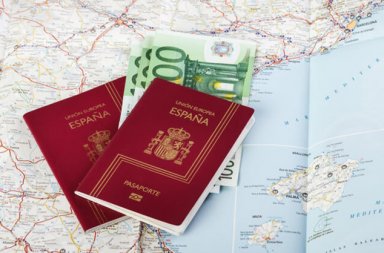