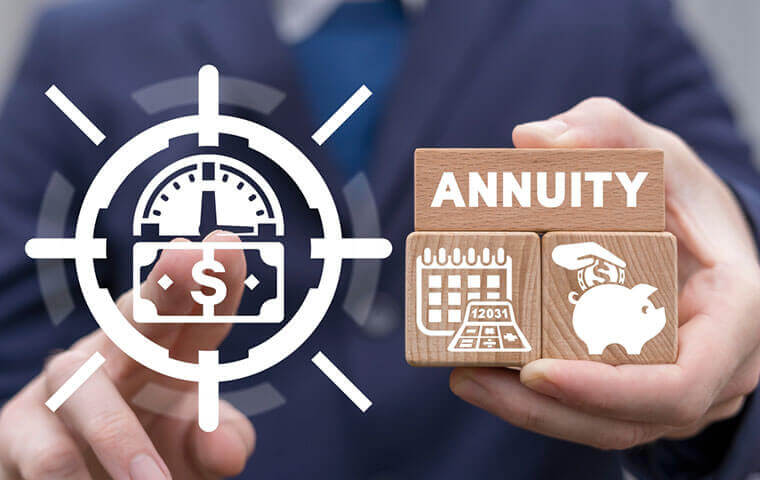 Secure an annuity after retirement

This type of insurance guarantees that the policyholder receives a regular income until their death. When you take out this insurance, you only have to pay a minimum capital premium of 50,000 euros up to 240,000 euros per person.

The origin of this capital must be from a previous capital gain for which, within the period of 6 months granted for the corresponding tax return, you decide to invest in an annuity insurance policy, which will exempt us from paying the tax that was initially due.

This is a way of guaranteeing a certain standard of living for retirees who, when selling their second home or receiving benefits from an investment product, for example, prefer to guarantee regular liquity with a lower taxation, to the extent that those over 70 years of age benefit from a 92% exemption, i.e. only 8% of the income they receive will be subject to taxation through a small withholding according to the scale of personal income tax savings.

What happens, however, if you wish to redeem the remaining investment? This will basically involve paying the tax you were initially exempted from, as well as taking into account the possibility of incurring a small loss, given that your capital was normally invested in bonds or public debt, which may have decreased at the time of redemption.

Finally, in the event of your death, the remaining capital will pass to your heirs as a benefit such as a life insurance policy, or if you so wish and indicate at the time of taking out the policy, as an annuity, as was the case before your death. The insured person is who decides at all times whether to receive higher annuities in life to the detriment of the capital or, on the contrary, to leave a greater investment for the future beneficiaries.

Do not hesitate, if you are planning, for example, to sell your second property located in Spain, you can benefit from important tax exemptions by contributing the capital gain derived from the sale in this type of product. If you would like more information on this and other products, please do not hesitate to contact us.
Below, see a simulation made based on a contribution of 100,000 euros by an insured person over 70 years of age, requesting a monthly income of 313.92 euros per month, in which only 20% of the annual income received would be taxed for Personal Income Tax purposes: